Compilation of Sweethearts of Rhythm Tunes

The International Sweethearts of Rhythm were the top female jazz/swing band of the 1940’s. Although they don’t get as much recognition as Duke Ellington or Count Basie and never were inducted into the Jazz or Swing Hall of Fame, these women were just as good as the men and could really swing hot jazz.

Anna Mae Winburn, the bandleader, led the band with elegance. Tiny Davis, trumpet, was the big personality of the band and she could blow. Because of sexism, women were expected to sing, not play instruments, arrange, direct, produce, nor write. These women were pioneers!

Other popular bands include The Harlem PlayGirls, Darlings of Rhythm, Ina Ray Hutton and Her Band, Rita Rio and Her Band, Lorraine Page and her Band, Ada Leonard All American Girl Orchestra, Thelma White and Her Girls, Frances Carroll and Her Band, and Ivy Benson and Her Orchestra. 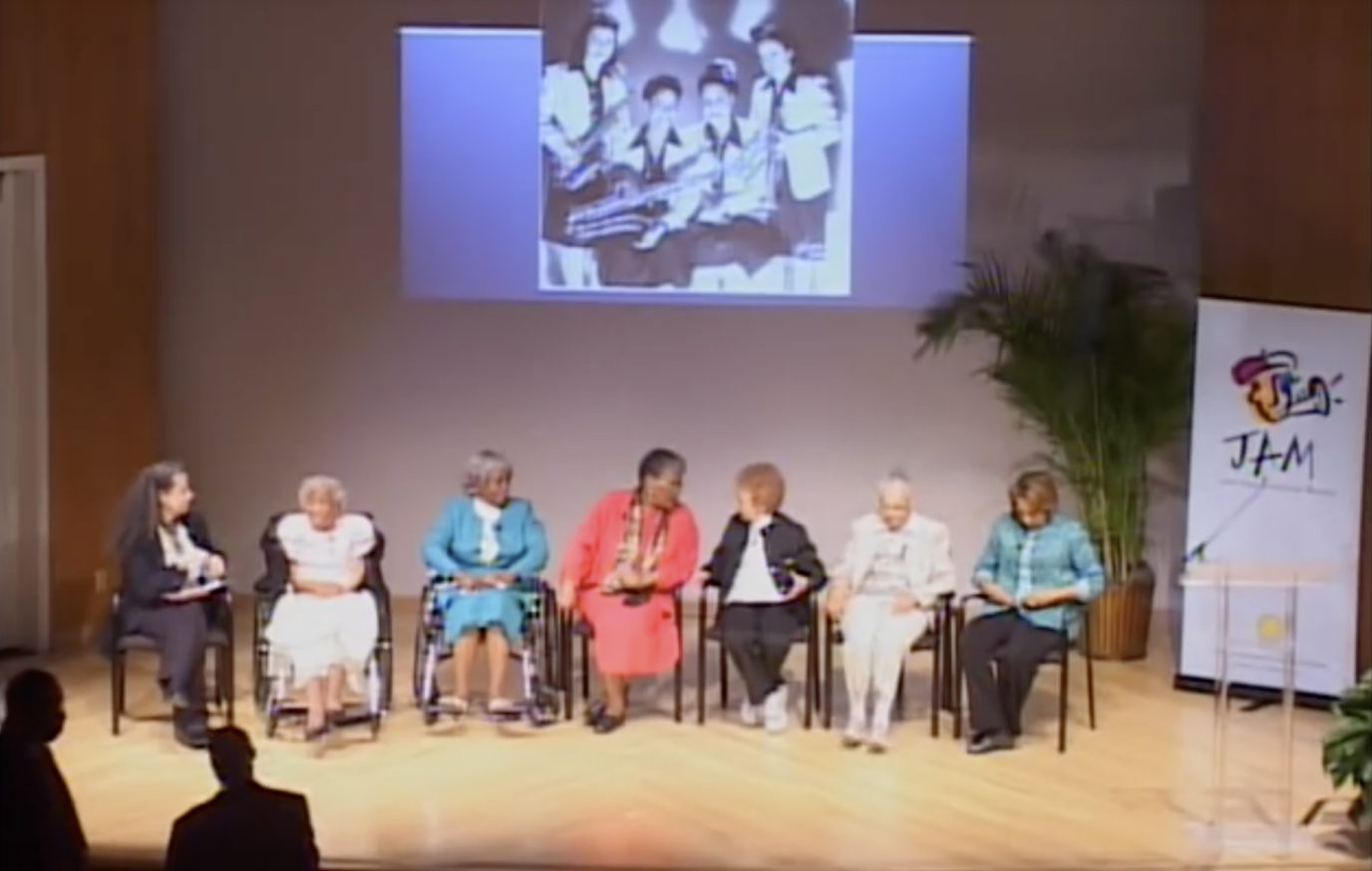 Conversation with Former Members of the Band

You don't have permission to register